I recognize that big cities cost me and every day I am more attracted to landscapes or small towns. And that, for this reason, it gave me a little vertigo to face the capital of England. However, it did not take long in this city to show me all its virtues and convince me that I was wrong. So was my experience studying English in London.

Before putting me in flour, comment that London was the third and last stop of my language trip through Europe with Sprachcaffe. After a month between Malta and Brighton (England), the final stage of this Anglo-adventure would take me to the British capital.

Studying English in London with Sprachcaffe

Once again it would be Sprachcaffe who would give me a new opportunity to reinforce my level of English abroad. And this time it would be in London, one of the most attractive capitals in the world. Almost nothing. 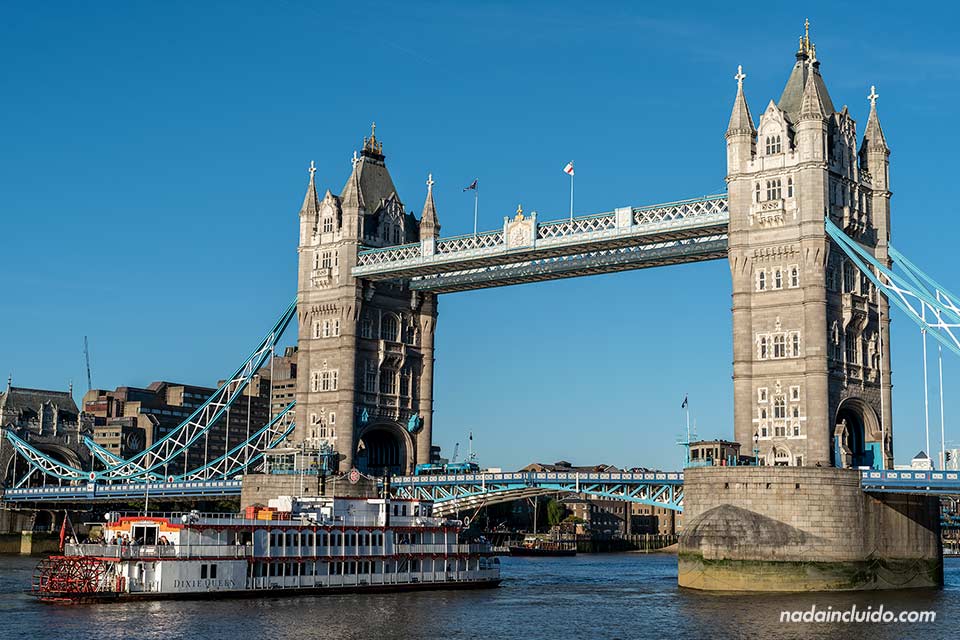 It is precisely this attraction that makes many choose to study English in London, so it is not surprising that this is a busy school.

The first thing you will do when you enter the academy is a test (if you haven’t done it online), according to which you will be grouped in one level or another. Don’t worry, if at any time you feel it’s not the right one, you can ask for the change. Once inside, each week you will develop one or two topics from the book in question (they lend/sell it to you when you join), around which you will learn grammar and vocabulary. Above all, speaking will be the most important part of your studies.

Classes are from Monday to Friday and can be morning or afternoon. The standard course is 3 hours per day, although there are different options adapted to each student. Here I leave you the possibilities that the academy offers.

Among the basic rules of the school are punctuality, only speaking English inside the academy and not using mobile phones or digital translators in classes: only dictionaries.

Beyond the classrooms, the academy also has a social room (with a table tennis table included) and a small library. Best place to build relationships. 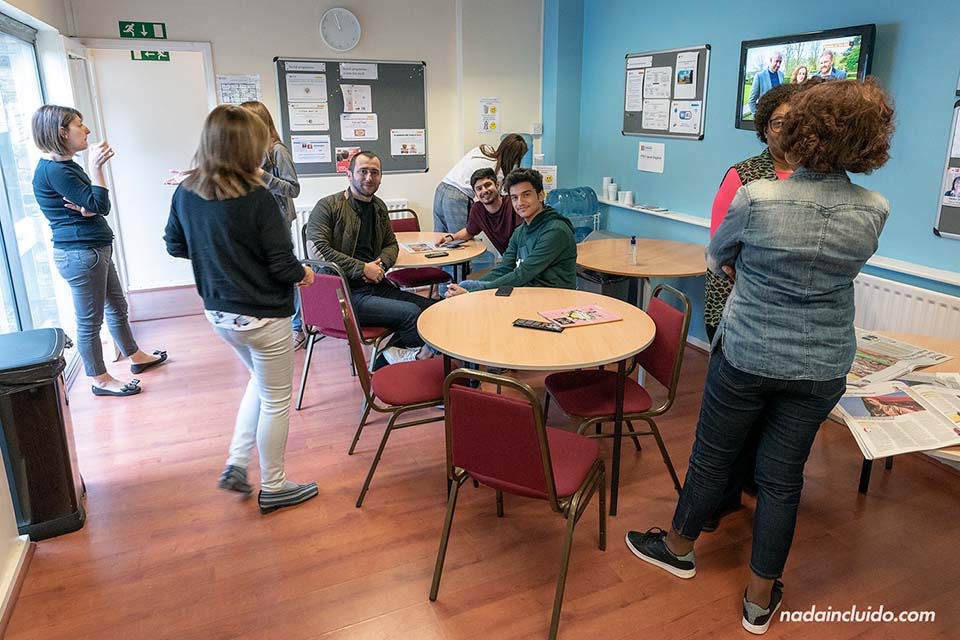 Although, as you can imagine, the accommodation options in London are endless, Sprachcaffe’s own school offers accommodation to students, which makes things a lot easier. If you want to live the immersion to the maximum, you should know that it is possible to sleep in a local family’s house, which will guarantee that you will continue learning English also outside the classrooms. Although I didn’t do it on this occasion, several of my teammates did, and all were very satisfied with their hosts.

In my case I lived the experience from the apartments offered by the school (one minute walk away), where you will live with other students, but never of the same nationality or language. There you can reserve a private room or share it according to your budget.

The apartment also has a bathroom (separate shower and toilet) and a well-equipped kitchen, so you can prepare your own food.

The school is located in Ealing, a west London neighbourhood with a bit of everything. Despite being on the “outskirts” (zone 3), Ealing is a small town in itself, so at the level of services you are not going to miss anything. And if not, in 40 minutes of subway you are in the center.

Although with the information I have given you you can already know a little how Sprachcaffe works, just point out that it is a language school of German origin specializing in courses abroad.

Although with them you can learn up to seven languages in dozens of countries, English is one of their jewels so keep it in mind if you are interested. The United States, Canada, England and Malta are the countries where they offer it. After four experiences in three different countries with them, I can guarantee you that it is a very professional company. You’re in good hands. 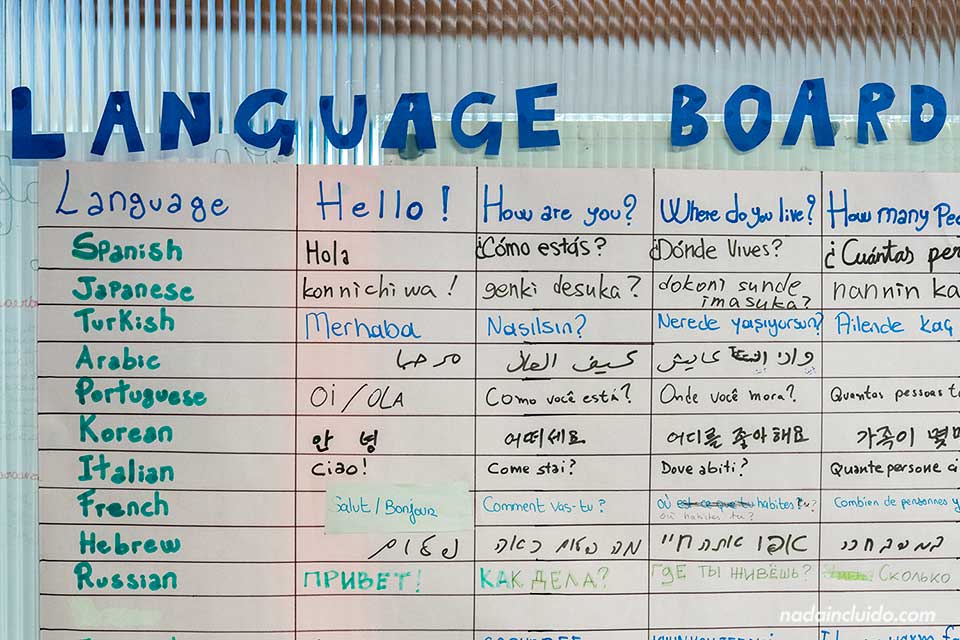 What you do need to be clear about is that, as you would expect, studying English in a place the size of London is not the same as studying English in Brighton or Malta. Logically, logistics in the capital is much more complex, but the possibilities and attractions it offers you are also much greater. If it helps, here is a discount code of 25 euros per week (up to 400 euros) if you contract accommodation and course are them. 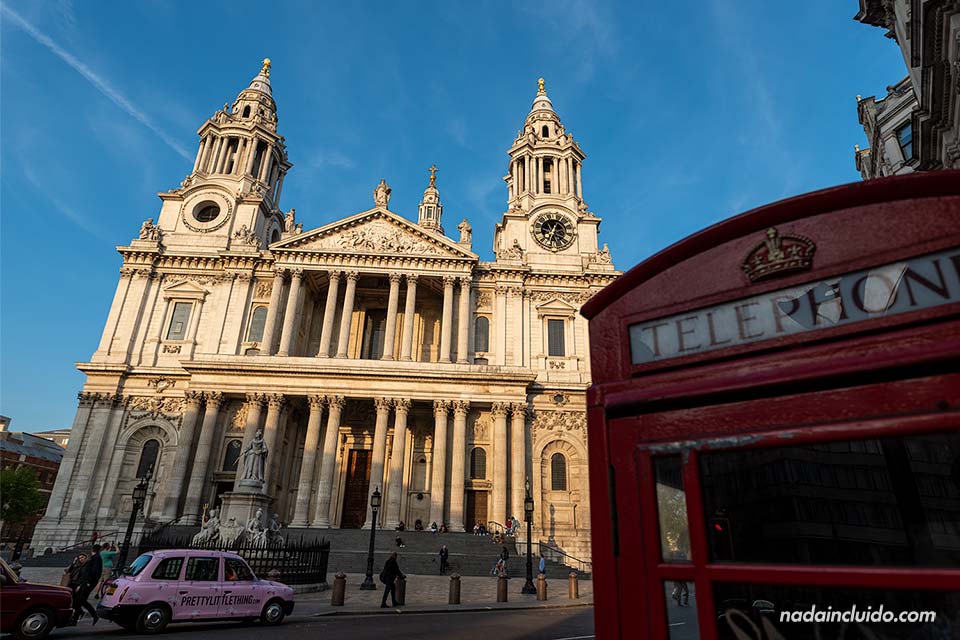 What to do in London

If you finally choose London as your destination to learn English, you’ll be interested in how to make the most of your days there. For you to go making a composition of place, tell you that more than 8 million people live in the capital of England, a figure that reaches 13 if you take into account its metropolitan area. One of the great charms of this city is that the tourist interest is not just a matter of the center, but that every last corner has something to see.

Any route that is worth for London should not overlook its star places, those that take a good part of photographs of the city. Most are located in the area known as the Westminster area. There you will find Big Ben and Parliament (both under construction), Westminster Abbey, London Eye, Buckingham Palace, Soho and Piccadilly Circus… Nearby is St Paul’s Cathedral, the mythical tower bridge… and a long list of wonderful monuments.

Maybe I’ll come upstairs if I tell you that every neighbourhood in London has something to offer, but I really believe it! Besides Westminster, I could tell you about Notting Hill, Camden Town, Greenwich, Chelsea… These are just some of the best known, but there are many and (almost) all worth it.

If there’s one thing I liked about London is that, despite its size and urban development, it keeps a lot of space for nature. London’s parks are counted by the dozens, and there are parks of almost any size and shape. The Hyde Park is one of the most famous, but it’s only one in dozens.

The banks of the Thames

You can’t understand London without the Thames, and the Thames without London. And is that the British capital lives by and for its river, and few plans enjoyed more as the one of kicking aimlessly by the banks of the Thames. There you can get where you want to go because, I assure you, this road never ends. 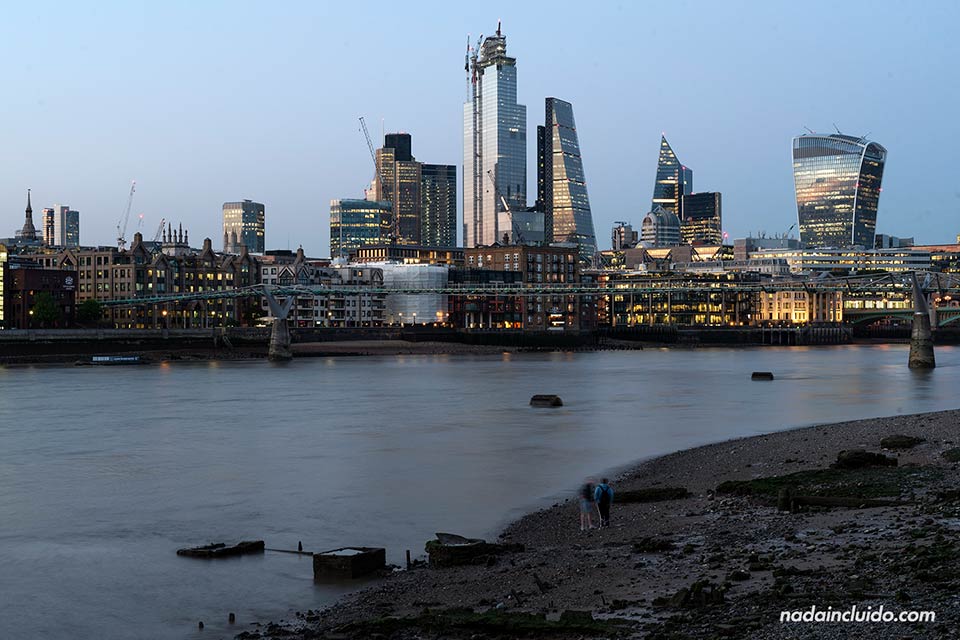 London oozes culture in every corner, a culture that can manifest itself in 1001 different ways: theatre, cinema, concerts, festivals… So don’t forget to take advantage of your stay to learn English in London and soak up the offer as well. The city’s museums deserve a special mention, many of them free of charge.

I’m not a very good friend of shopping, but I know that many of you like it, so I can’t stop recommending it. It is understandable that in a capital of this size have their best stores brands anywhere in the world, but do not forget their most mythical markets such as Camden Town or Nothing Hill.

Come out and discover the surroundings

Although the city of London is immense and has plans to give and take, do not miss the opportunity to go out and see other cities and places around. Oxford, Canterbury, Bath, Salisbury, Brighton… and many other destinations are just a stone’s throw away from London. Above all, if you make use of England’s rapycarbonate train system.

If after this article you are still not sure if you want to study English abroad and/or where you want to do it, let me insist. First of all, I would like to say that my language trip has been an excellent support in my language curriculum, so I highly recommend it to you. The second I’d tell you to think hard about the destiny that suits you best. 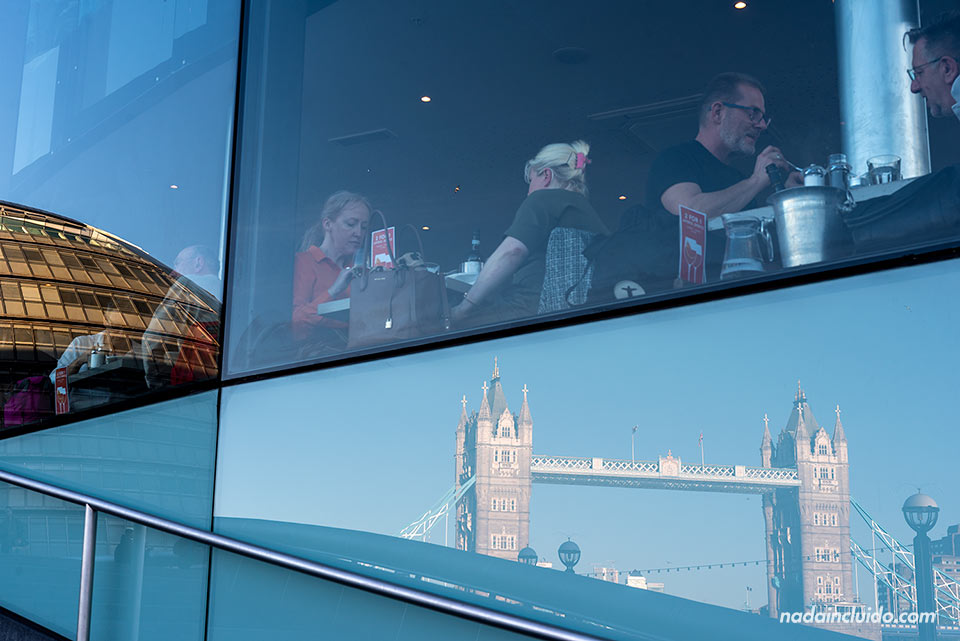 Of the three I have tried, Malta seems to me to be a good option for those who want to improve their level while enjoying the relaxed life of the island and its party atmosphere. Brighton, on the other hand, is a more cultural and restful option, with fewer distractions, although it is a very interesting city. Finally, London is a unique opportunity to study while squeezing one of the most stimulating cities in the world. If it’s money you’re worried about, then clearly Malta is your choice, as England is a far more expensive country than the Mediterranean island. But whatever you choose, I’m sure you’ll enjoy it.

And here I leave it for today. After almost two months studying English in Europe, I can only thank Sprachcaffe once again for giving me this opportunity. Learning a language is also learning to enjoy it and I, of course, have enjoyed it. Who else joins in?

All my posts on England.