Brighton, probably one of the most scrolling cities in England. And I dare to affirm it without having seen much of this country, but this city has so much rhythm in so little space that I can not be misguided. While you’re at it, you can take a walk through this guide to what to see in Brighton.

Generally speaking, because of its size and proximity to London, Brighton is rarely a stop for more than a day on some tourist routes in England. In my case, I was lucky enough to take a two-week English course there, so I was able to squeeze its peculiarities more deeply.

Before you mess with my list of tourist recommendations from Brighton, let me give you a minimum of generic information about the English city so that you can make the most of your time there. 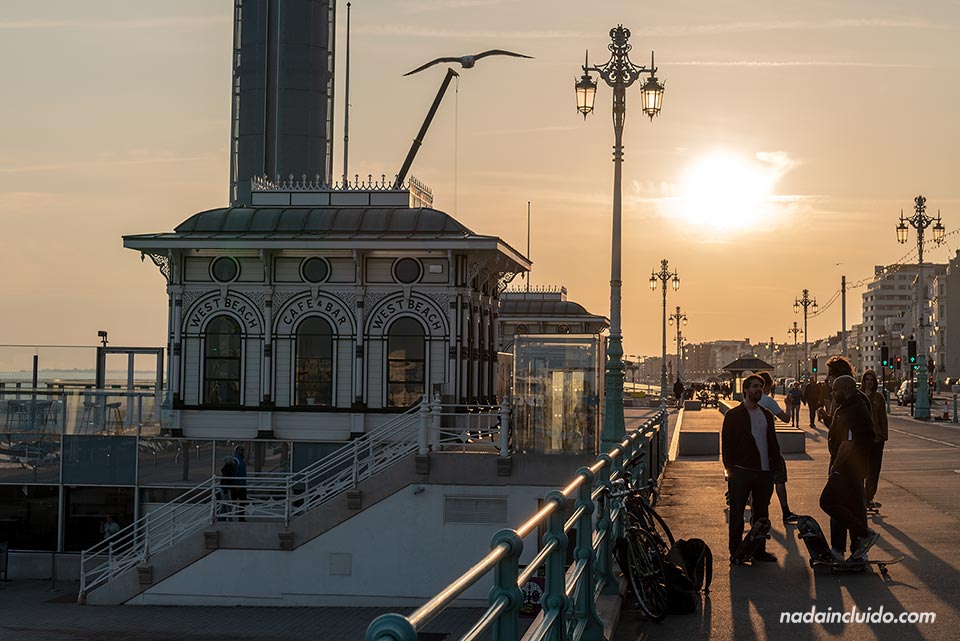 How to get to Brighton

Brighton is a city in the south of England, belonging to the county of Sussex, located about 80 kilometers from the omnipresent London. This reason, and its deserved fame, makes it easy (very easy) to get there from the capital. From London’s Vitoria station, St Pancras or even Gatwick airport, trains depart very frequently for Brighton, where you’ll be in an hour or so. However, the average price of the train is around 30 euros. It is much cheaper to make this journey by bus, which can be taken from the Victoria or Rosehill bus station. National Express is the company responsible for covering this route and the ticket does not exceed 10 euros.

10€ gift for your travels in England

One of Brighton’s charms is precisely its size and that, at a tourist level, it is a city that you can cover perfectly on foot. You only need to compare its nearly 300,000 inhabitants with London’s 8 million to understand a little of what I’m talking about. In fact, if your intention is only tourist, I tell you that the city gives for a day and little more. Now, if you want to get the most out of it, then try to give it a little more time to savor a little bit of its roll and cultural offerings.

Is it a safe city?

If we start from the premise that England is generally safe for tourists, it goes without saying that Brighton is more of the same, even for night owls. However, I can’t stop commenting that it is one of the cities with more people living on the streets than I have ever seen in my life, even though they are quite well connected to society. You know absolute security doesn’t exist, so don’t forget common sense… and your insurance.

What is the currency of England? Very well, the pound! How are the prices in England? Very well, expensive! Indeed, you’re in England, for better or worse, so you’d better take a few savings to get around it. With regard to the cost of living in Brighton, you have to bear in mind that it is, so to speak, London by the sea, so that, especially in summer, prices are quite inflated, especially in accommodation. If we talk about gastronomic issues I will tell you that there are many options and all prices, so there is no need to spend more than the bill. And if not, the supermarket option and apartment with kitchen is always there. 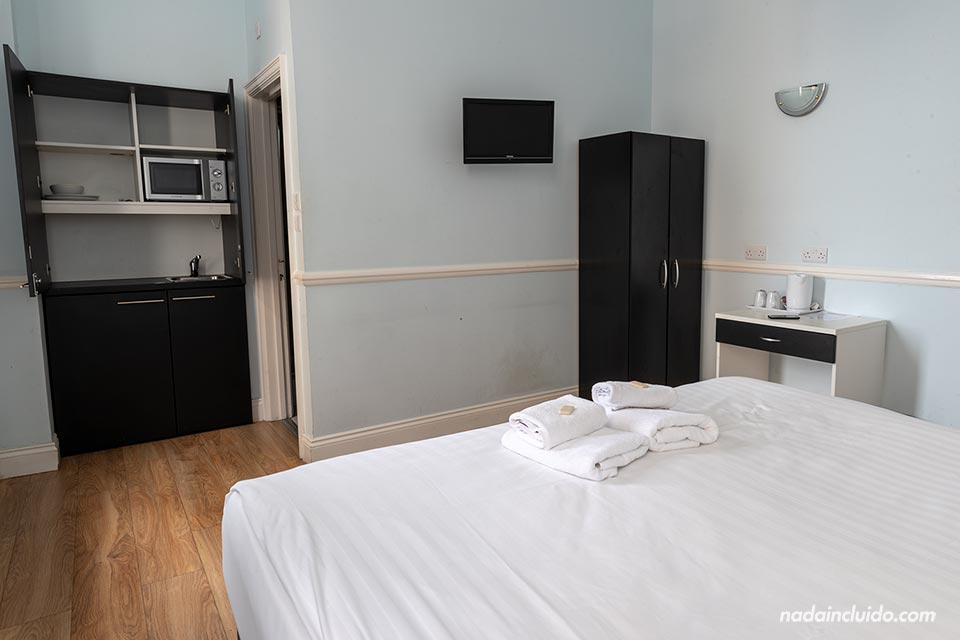 Due to allusions, as I mentioned, the price of accommodation can go up a bit, especially in high season, but since there are so many options you can always find something affordable. Here are some recommendations:

The best option for backpackers is the Seadragon Backpacker, where you can sleep in a shared room for less than 30 euros a night.

To go with your partner without spending too much, try the Best Western Princes Marine. About 70 costs double in this well-appreciated hotel.

If your budget is more than 100 euros a night, stop by The Charm Brighton. Outstanding in Booking! 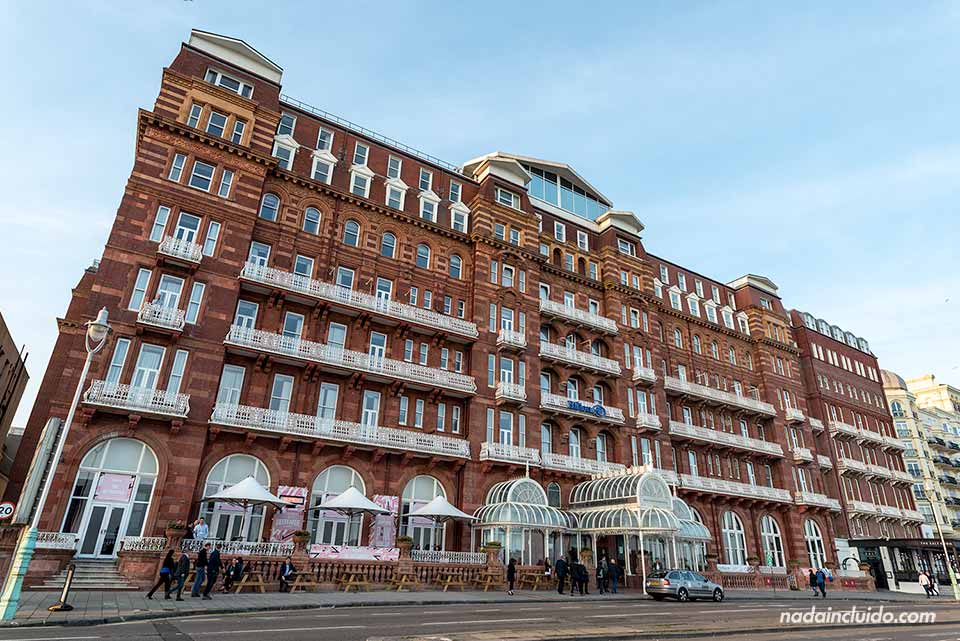 What to see in Brighton

Put in context, now is a good time to get into tourist flour and talk about the places you can visit in Brighton. As I said, because of their size, you can walk to all of them so… take advantage!

Let’s start with the crown jewel, probably the city’s greatest heritage. The history of the Royal Pavilion goes back more than 200 years, when King George IV took over a humble farm on the spot in search of a residence by the sea. A few years and a few reforms later, the palace acquired its current appearance, greatly influenced by the fascination that the Orient aroused over King George IV. Today it is a museum that can be visited inside but inside you can not take photos. Still, it’s worth a lot.

Buy a ticket to the Royal Pavilion

100 years less has the “recontrapopular” Palace Pier, one of the most famous quays in the UK and another of the places to see in Brighton. Although for a good part of his life a theatre was located there…

… nowadays it is, besides a very pleasant walk, the seat of a few recreational and a small amusement park. The access is free and the view at sunset… a planazo. 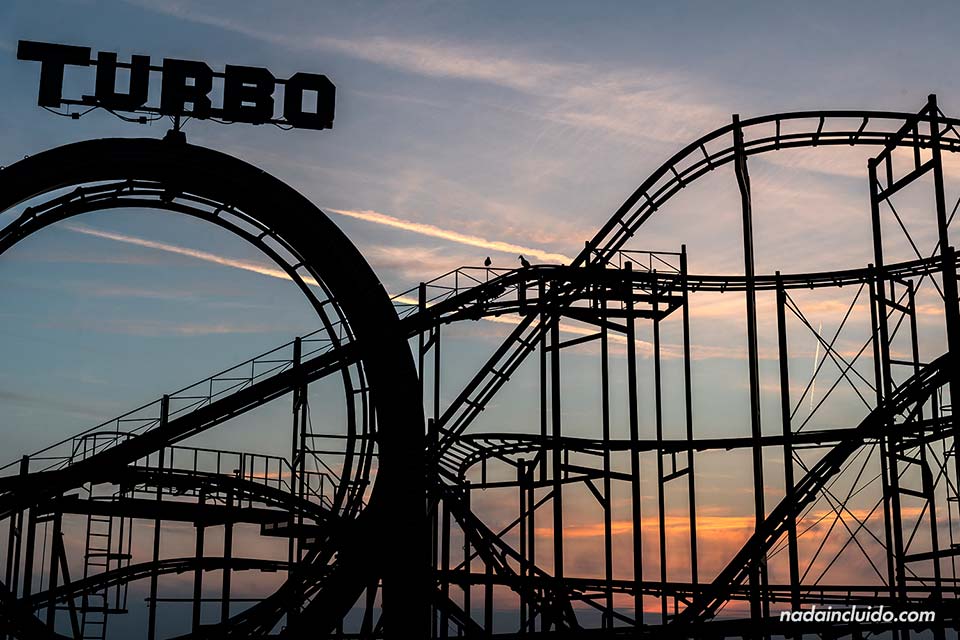 Curiously, Palace Pier has not been Brighton’s only pier, but the city itself was home to two more. However, the fate of the West Pier has been very uneven and several years of abandonment and a couple of fires of considerable magnitude, the last in 2003, ended up ruining it. Although there are plans to rehabilitate it, for the moment this is all it offers.

Far more modern is the British Airways i360, a lookout completed (literally) in 2016. About 20 euros costs to climb to 138 meters in this futuristic elevator, the work of the promoters of the London Eye.

Although the view is worth it, especially if the day is clear, what fascinated me the most is the video in the waiting room about the construction process. A magnificent piece of engineering to see in Brighton.

Less well known than the previous ones and a little far from the centre (half an hour’s walk from the Pier) is Brighton Marina, a mixture of residence, port and shopping centre. Although it does not have much life in low season, it seems that in summer it is another of the places of leisure reference in the English city.

The beach and the promenade

If I remind you that Brighton is the beach of London you will understand that this is another of its great attractions. However, do not expect a beach of fine sand and coconut palms, but rather an orderly set of boulders by the sea. But in a country like England it is, of course, a beach to consider.

And well, what would a beach be without its promenade, for me the best of Brighton. And is that, if you think about it, you could be walking a couple of hours without much trouble by the sea. Right there is the bandstand, a pretty cuckoo kiosk where it’s not uncommon to see people playing, dancing… even getting married!

I move a bit away from the sea to take you to the district with more “flow” of one of the cities with more “flow” of England. And if Brighton has life, The Lanes is surely his heart. Shops, restaurants, bars and bars of any kind are concentrated in this crazy set of streets. Well, and urban art.

In The Lanes and beyond, urban art is undoubtedly one of Brighton’s hallmarks. Although there are all kinds, graffiti is its main manifestation. And I’m not talking about four badly painted scratches in a garbage can…

…I’m talking about entire streets that are like urban art museums. Sign up for Gloucester Road, Kensington Street, Oragen Row, Regent Street, North Road or Trafalgar Road, one of my favorites.

I’m not surprised that urban art has so much weight in this locality considering the enormous cultural offer that Brighton brings together. In fact, in the two weeks I was out there, I coincided with two festivals and several gastronomic events of different sizes. Even if you don’t look for it, you’re not going to lack what to do. 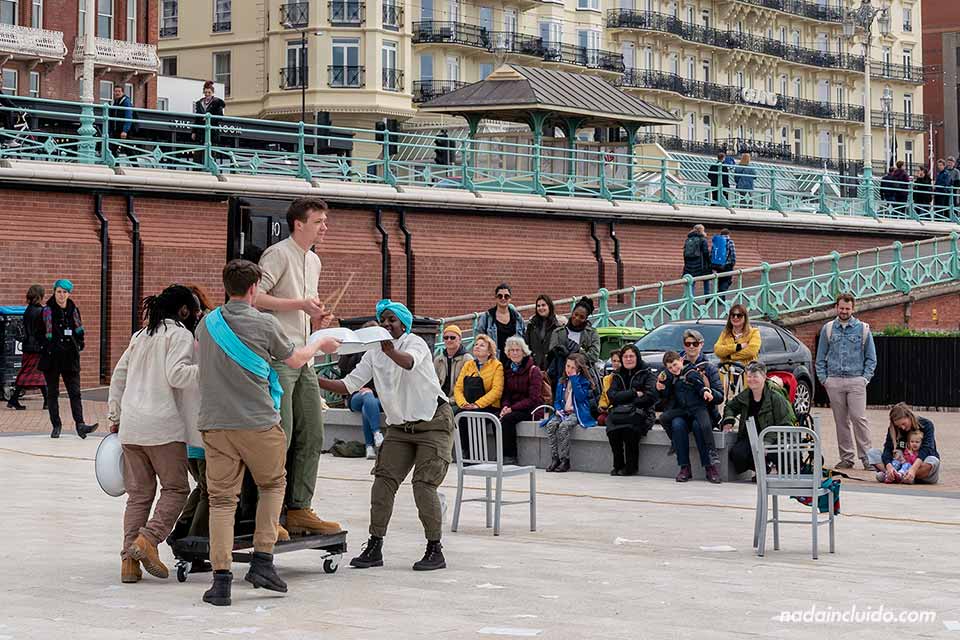 I don’t think you lack food either. Although I don’t think England will go down in history for its gastronomy, the truth is that in Brighton it is relatively easy to eat well and at a good price. I assure you that there are hundreds of restaurants that feed tourists and locals in Brighton. Best of all, how easy it is to access food from anywhere in the world.

As you can imagine, in a city with so much noise it seems logical that the nights do not end soon. And believe me it’s not a matter of weekends, almost any day you’ll find somewhere to satisfy your party cravings (if you have them). At the very least, enjoy a plan as British as listening to some live music in any pub.

But Brighton’s life doesn’t end in Brighton. This is also a good logistical point to go out and visit, in addition to London, some of the enclaves of southern England. The spectacular Seven Sisters cliff or the flirtatious villages of Lewes or Rye are some of my favourite stops.

And why don’t you study English?

As I mentioned at the beginning, two weeks of English courses with Sprachcaffe were the main reason for my stay in Brighton. You will understand that such a graceful place can be perfect for a linguistic immersion of this kind. Sign up too!

Finished this guide on what to see in Brighton, I leave this city for the moment, knowing that, when life takes me back to England, it will also take me to Brighton. Comments open.

All my posts on England.