No. I definitely didn’t think I’d like it that much again. It was the penultimate year of university when we chose Malta as our end-of-year trip. At that time Malta was another country, but above all I was another Sergio. And the truth is that I don’t know who has changed more, but seeing us again has been a real pleasure. And so I want to transmit it in this post about what to see in Malta.

Before I start with this list of “tourist shopping”, I would like to highlight that, despite its size, Malta has a lot to offer. And is that this island stranded in the middle of the Mediterranean, barely exceeds 300 square kilometers of extension… 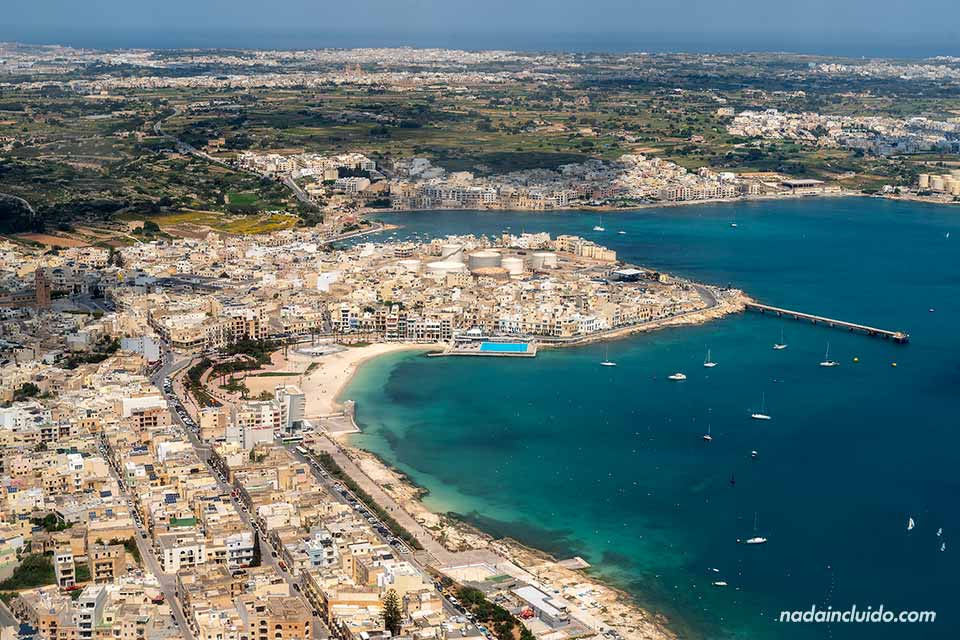 … and yet you have almost something to see in every kilometer. The good thing is that, with these dimensions, you will not find it difficult to travel in a few days, especially if you move by rental car (remember that they drive on the right).

By bus you can reach almost any place, but be patient if this is going to be your method of transport: the frequency of some buses is desperate. Move as you move, do not fail to do so and try to make the most of your days in these parts. Having said that, here are my recommendations on what to see in Malta.

What to see in Malta – Your cities

For logistical reasons, many kingdoms and reigns wanted to keep their piece of Malta: Phoenicians, Greeks, Romans, Arabs, Spaniards, French, English… are just some of the tenants who had this land, and none wanted to leave without leaving their stamp. For this reason, the mixture of cultures that decorates the country gives it a tourist attraction more than considerable, something especially visible in the cities.

As it could not be otherwise, the capital of Malta is undoubtedly one of its great jewels. Today, I couldn’t say for sure that it’s his most beautiful city, but of course it was one of the ones that inspired me the most with the camera. That continuous upsurge of streets that seem to get nowhere…

… the large number of churches it concentrates (special mention to the cocathedral of St. John)…

…and that sense of well-preserved history makes Valletta one of the places to see in Malta. By the way, for logistical reasons, the capital is one of the best places to stay, although the average price per night is high.

Right in front of Valletta are three little-known but very photogenic cities that are waiting for your visit.

Birgu, Senglea and Cospicua are three small settlements in Malta with a lot of history in their streets, where walking aimlessly is a contrasting pleasure.

In the oldest and most attractive of them, Birgu (the victorious city), is also the Fort of San Angel, also visitable and very interesting.

If we continue with the ranking of cities to see in Malta, undoubtedly, Mdina, occupies a prominent position. Outstanding.

The ancient capital of Malta, now known as “The City of Silence”, has remained anchored in time for several centuries, so walking through it is absolutely irresistible.

Although you will enjoy it at any time of the day, do not miss the opportunity to give it a night view: you will fall in love.

Rabat, another city of good presence although somewhat eclipsed by the impertérrita beauty of the one that surrounds it, is situated with the previously mentioned “wall with wall”.

Rabat is especially known for its catacombs, such as the Sant Paul, but don’t leave without tasting the sweets from the church square. It’ll be worth every euro you leave there. 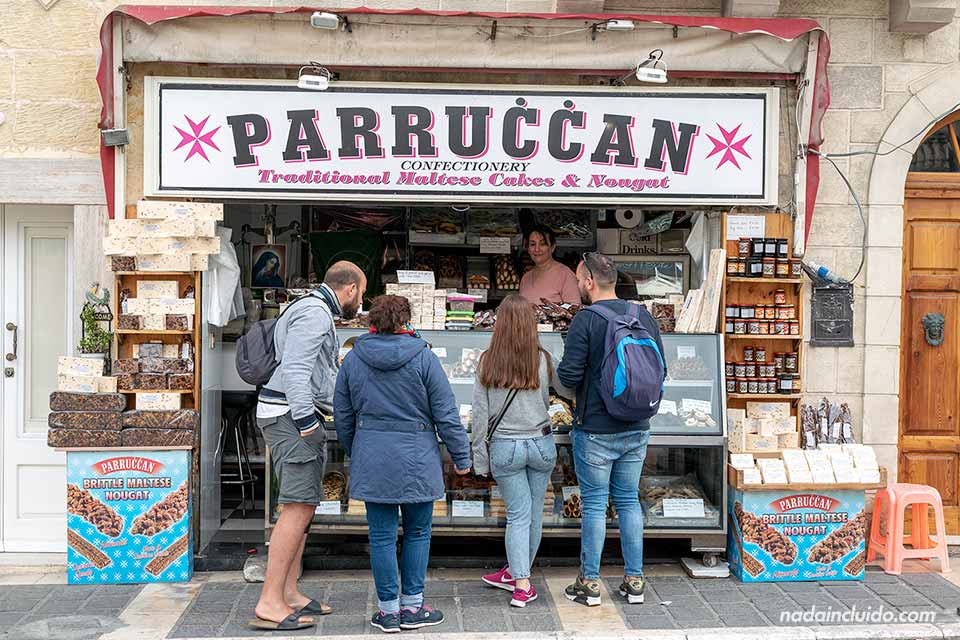 Although Malta’s most populous city is not a display of beauty, Mosta is home to “La Rotunda”, one of the most beautiful religious buildings you will see in and around Malta. Many buses pass through this road, so get off and take a couple of pictures.

Go ahead that, for me, are not places with too much tourist interest, but the reality is that there are many who enjoy the huge offer of leisure and partying in these localities. A good place to eat, have a drink, go out for a while and sleep, whether you’re looking for something cheap or luxury hotels.

I’m leaving the big “cities” to take you to Malta’s most portraitable fishing village. Its life facing the sea, its multicoloured boats (Luzzus) and its Sunday market make this village in the south-east of the island a very interesting stop.

Coastal places to see in Malta

Although you can still imagine, Malta is not a country where inland nature has much to say. Its warm climate, the absence of mountains and rivers and its almost desert-like appearance do not make it very attractive in this sense. However, if we approach the coast of Malta, we will find more than one and more than two landscapes of category.

Very close to the village of Marsaxlokk you will come face to face with St. Peter’s Pool, an impressive natural swimming pool where you can turn off the summer heat. But forget about bathing when the sea is not completely calm because it can be very dangerous.

Blue Grotto, one of the most popular tourist destinations in the Maltese country, is located on the south coast of Malta, just a few kilometres from Pedro’s swimming pool. On board a boat (8 euros, about 15 minutes) you can visit some of the wonderful natural formations that the sea has been doing in that area. By the way, getting there by bus is not an easy task, so if you don’t have a car, I encourage you to hire a tour.

Tour of Marsaxlokk and Blue Grotto

If you thought otherwise, Malta is by no means a country of long beaches. Although it is possible to swim in the sea in different parts of the island, the rock abounds in the coastal area, so the traditional sandy beach is not easy to find. But there are, there are. Ghajn Tuffieha Bay, Paradise Bay, Mellieha Bay, Ghadira Bay and Golden Bay are the names of some of the most popular.

And we are already going to one of the most curious places in Malta: the village of Popeye. Behind this postcard spot is this theme park in honor of the most famous sailor.

This little town was created as the setting for the film about Popeye starring Robbin Williams in the 80s. Entering the park costs 14.50 euros and is nothing of the other world, so, if you are not too much fan or do not go with children, I recommend you to see it from outside and walk. The view is worth it.

Other islands of Malta to visit

Did you know that Malta is not only the name of an island but also of an archipelago? In addition to the island of Malta, there are other islands in the same archipelago, two of which you shouldn’t miss: Gozo and Comino.

By size (67 square km), Gozo is the second most important island in the Maltese archipelago and undoubtedly one of the places to see.

Victoria, Marsalforn, Xlendi, Mdzhar, Rambla Bay… are some of the usual tourist stops on the island of Gozo, but there is more. Although it is not a very extensive place, if you move by public bus you will find it impossible to visit them in a day, so I recommend you, yes or yes, get some kind of private transport or hire a tour to “enjoy” it to the fullest.

I leave for last place what is probably one of the most spectacular places in Malta: the island of Comino.

Few corners of this archipelago are as close to the concept of paradise as Comino and its famous “Blue Lagoon”. This islet measures just 4 square kilometres, but its beauty is sufficiently contrasted to be included in your route.

Tour to the island of Comino

Itineraries for a trip around Malta

Having already explained everything you can see in Malta, I would now like to help you organise your trip with some itinerary ideas according to the time you have.

A weekend in Malta

If you’re escaping to Malta for two or three days, focus on visiting its most beautiful cities, Valletta and Mdina, explore some of its most famous coastal spots such as Marsaxlokk and Blue Grotto, and escape to the island of Comino.

What to see in Malta in five days.

If you manage to escape to Malta for a short holiday or bridge, include a visit to the Three Cities and a day on the island of Gozo in the previous itinerary.

If you can devote at least a week to Malta, you will have more than enough time to visit the entire island. So take a look at everything recommended in this post and take the opportunity to discover some of its lesser-known corners.

What to do in ten – fifteen days in Malta

Do you still have time for more? Well, in addition to relaxing and enjoying the island to the full, why not take the opportunity to take an English course in Malta. This Mediterranean land is a good place to improve your command of English, just like I did with Sprachcaffe.

Having said that, I end this post with recommendations to visit in Malta. As always, I take this opportunity to remember that this article has been written according to my personal experience, so that some corner will have remained in the inkwell. But I’m sure I have a chance to go back and complete the guide. Now I leave the comments at your disposal.

All my posts on Malta.